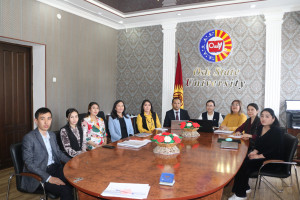 The Research Department of Osh State University was established in September 2020 by order of the rector of the university №55-ФХД, 18.08.2020. On February 1, 2021, Kurbanbaeva Nurjamal Nazimidinovna was appointed the head of the research department. Prior to her appointment to the above post from September 1, 2008, to February 1, 2021,  she held the position of chief specialist of the educational information department and associate professor of the Department of Algebra and Geometry (since 2017). Currently, the staffing of the research department and its responsibilities have been significantly expanded. At the moment, the approved positions of the head of the department, leading researcher, chief researcher, senior researcher, researcher, junior researcher, patent engineer, accountant, economist, human resources inspector, technician, proofreader, and technical editor. The employees of the new department approached responsibly in fulfilling their duties, and the Regulations for the department were developed and approved, on the basis of this, the department began its research work, improvement, and optimization based on world experience. In total, the research department employs 253 employees, including 15 full-time employees, 115 postgraduate directors (108 doctors of sciences, 7 candidates of sciences), and 123 employees on research projects. Currently, 224 graduate students (168 graduate students on a budgetary basis, and 58 graduate students on a contract basis) conduct their research at Osh State University. In addition, the work begun earlier on improving the scientific journal of Osh State University was continued. At this time, the stage of automation of the journal is underway. The main activity of the research department is to promote the development and conduct of research in priority areas of fundamental and applied sciences; cooperate with state and international educational and scientific organizations in order to create joint scientific products; master the form and content of the new classical university and integration into the world system

Composition of the research department: 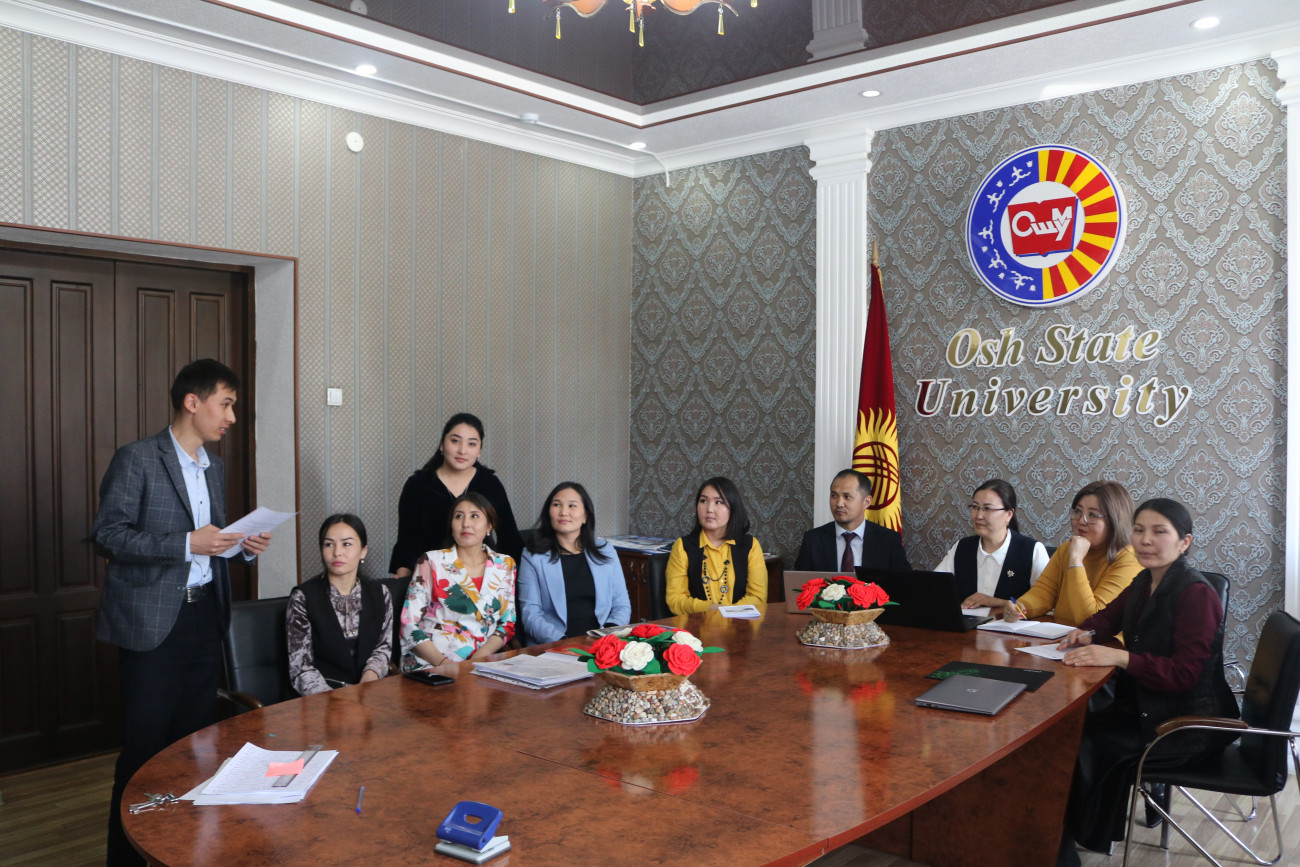